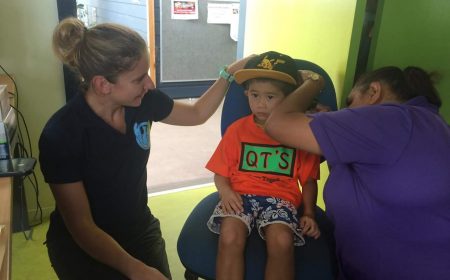 Australian Indigenous children have one of the highest rates of otitis media (OM, middle ear disease) in the world. Up to 1/3 of Indigenous children have chronic OM, making it a public health crisis requiring urgent attention, as defined by The World Health Organisation. The associated hearing loss impacts on language development, literacy and education outcomes and is associated with greater contact with the criminal justice system. Despite vaccination programs and widespread antibiotic use, the rate of OM in unchanged. Alternative treatments are urgently required that could reduce disease burden. Previous studies have shown probiotics can treat OM in non-Indigenous children, we need to establish whether it is will be effective in Indigenous children. This project aims to investigate whether probiotics can reduce OM in Australian Indigenous infants, using friendly bacteria to outcompete the OM-causing bacteria. If successful we may be giving Indigenous children the ability to learn language and access education without the burden of deafness caused by OM, which will go a long way to eradicating the current inequalities that exist between Indigenous and non-Indigenous Australians.