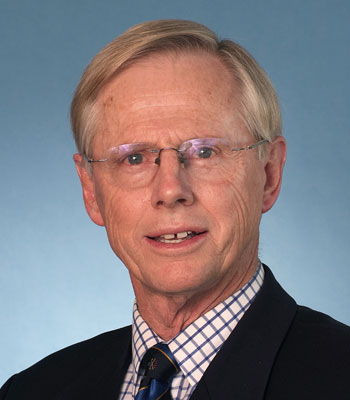 Michael brings to the Board a lifetime interest in the education of aspiring surgeons, which is central to the purpose of the Foundation. A former President of the Australian Society of Head and Neck Surgery (2010-2012), Michael completed his undergraduate medical degree at the University of Adelaide in 1972 and subsequently settled on a surgical career in Otorhinolaryngology at the Royal National Throat Nose and Ear, St Mary`s and Royal Marsden Hospitals in the UK. He completed an Otology Fellowship with Professor Dietrich Plester at Tubingen in Germany before returning to Adelaide in 1982.

Michael worked in the public hospital system from then until his retirement from practice in 2016, being Chairman of the Department at the Royal Adelaide Hospital for ten years. It was in these public hospitals that Michael was able to embrace his interest in education and training, through his appointments as Chairman of the State Training Committee and then at a national level with the Board in Otorhinolaryngology Head and Neck Surgery, in addition to Senior Examiner in the Specialty. Michael joined the Board of the Foundation in 2012 as the Australian Society of Otolaryngology Head and Neck Surgery (ASOHNS) representative, and in 2015 became both a Trustee of the Foundation and Board Chair.