World-first in salivary testing for Head and Neck Cancer 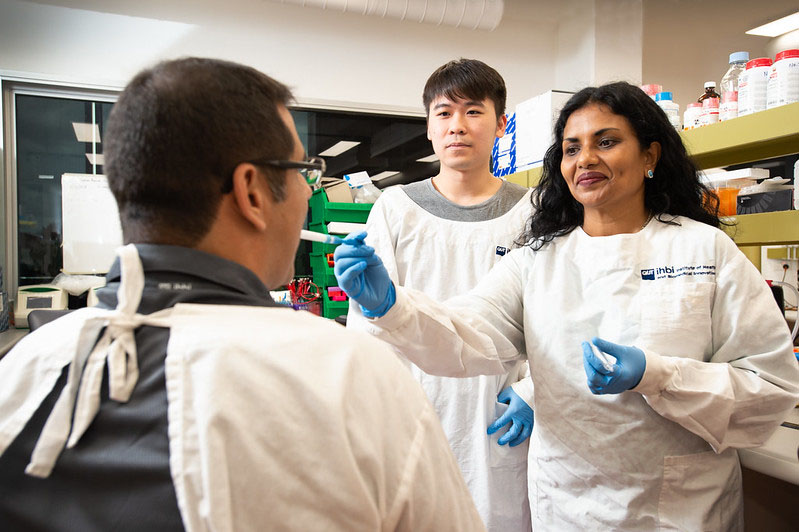 In what looks to be a world-first, salivary diagnostics have been used to detect early Head and Neck cancer in an asymptomatic patient.

Associate Professor Chamindie Punyadeera and her team at the Queensland University of Technology made the find during a Human Papillomavirus Virus (HPV) prevalence study, HPV being a trigger for many head and neck cancers. The study involved 665 healthy individuals giving a salivary oral rinse sample every 6 months with the team checking each time for traces of HPV-16 DNA.

Dr Kai Tang – who helped develop the test – detected tiny traces of HPV-16 DNA in one individual’s sample, which steadily rose after testing at 6, 12 and 36 months. The patient opted for a bilateral tonsillectomy, and was found to have a 2mm cancerous tumour, something that had been undetected by other screening methods such as MRI. The patient was discharged from hospital the same day and has since shown no evidence of HPV-16 DNA in their saliva.

The team have since published their findings “An Occult HPV-Driven Oropharyngeal Squamous Cell Carcinoma Discovered Through a Saliva Test” in the Frontiers in Oncology journal, and look to wider validation studies to help confirm their findings. This will be an important step for non-invasive, early detection of head and neck cancers.