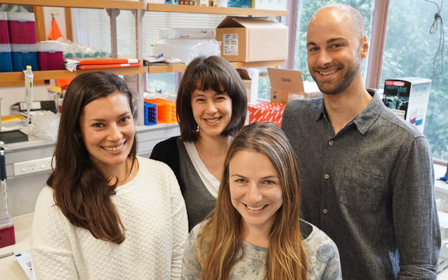 Congratulations to Michael Hoggard, who was recently awarded a University of Auckland Vice Chancellor’s Prize for Best Doctoral Thesis (2019).

Michael completed his PhD thesis titled ‘Inflammatory and microbial heterogeneity in chronic rhinosinusitis’ at the University of Auckland, New Zealand in 2019. Michael’s PhD and research were supervised by Assoc. Prof. Mike Taylor, Prof. Richard Douglas and Dr Kristi Biswas. The overall scope of Michael’s research was to investigate the inter-patient, intra-patient, and temporal inflammatory and microbial heterogeneity of chronic rhinosinusitis (CRS), with the intent to differentiate potential subtypes of CRS, and to examine mechanisms of disease.

Through the course of Michael’s thesis, the optimal method for characterising the human mycobiota was determined, bacterial and fungal associations with CRS phenotypes and endotypes were comprehensively described, inflammatory heterogeneity in phenotypes of CRS were investigated, putative inflammatory endotypes of CRS were identified, tissue and microbial temporal changes and local response to treatment were described, and finally, methods for the identification of CRS biomarkers in the routine clinical setting were validated.

Michael’s PhD and research were funded by a Conjoint Grant from the Foundation.